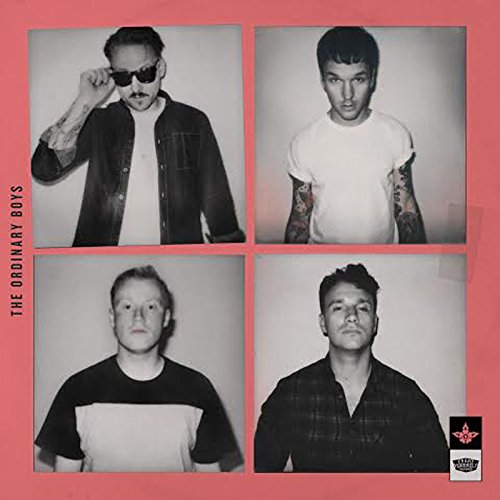 After a hiatus of nearly 10 years, The Ordinary Boys are back with what is arguably their strongest album to date. Lead single 'Four Letter Word' is a soaring, energy driven statement of intent reminiscent of their 2004 Top 20 debut Over The Counter Culture.

A return to their former sound is no surprise, since the reformed line-up consists of the original trio Preston, James Gregory (bass) and Charlie Chuck Stanley (drums) - plus new member Louis Jones from celebrated power-pop band Spectrals on guitar. Preston met Louis stage-diving at a Cribs gig and, knew immediately that I wanted him to be my new best friend/collaborator.

Over the last year they have been busy writing and recording their new album and have enlisted Rory Atwell (the Vaccines, Veronica Falls) and MJ (of Hookworms) on production duties and Dan Lancaster (Bring Me The Horizon, Lower Than Atlantis) for mixing.

We think we have made a really special, exciting record, Preston says. One that has been fuelled by reunited childhood friendships, new friendships, rediscovery of the records that shaped us, and the drive to create something undeniably great. I've had the best year of my life making this album and we are so excited to finally be able to share it!